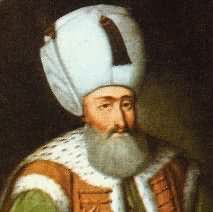 Getting the turn sequence right is difficult. Also deciding how much information to include. I have put the turn summary here so you can make your own mind up. Event Card phase probably contains the most complex part of the game because of the multiple uses of an Event Card and the fact they can be used in more than one phase. I have added a Sequence of Play Summary that can be printed off for some bedtime reading.

IMPORTANT: They do not move from this location until the next turn.

3.2 Event Card Phase: Both players each draw one event card from the event card deck. The Turkish player draws their card first. This card is not revealed to your opponent unless it is a ‘MUST PLAY’ card, in which case it is played for its event straight away. Different Event Cards can be played at different times during the turn. A brief instruction at the bottom of the Event Cards will tell you when.

The Turkish player decides first whether they want to play an event card for its event in this phase. Neither side has to play the event card they have just drawn. They can play ones they drew earlier on in the game.

IMPORTANT: Only one event card is ever played for its event during each turn. It’s placed on the event card played box on the map to remind you and discarded in the clean-up phase.

3.3 Action Card Phase: Both players then choose four action cards from their deck of twelve action cards to play in this phase. These cards are played alternately by the players either for IMMEDIATE EFFECT or into the RESERVE for ENHANCED EFFECT. One extra event card may also be played as an additional action effectively giving the player the possibility of five actions in the turn. Event cards marked (action phase) may also be played for their events in this phase.

IMPORTANT: The event card played for an additional action does not count towards a player’s limit of one event card per turn as they are being used for an action.

3.4 Assault Phase: Turkish player may assault any fortified areas where he has placed an assault or sustained assault marker. Relevant event cards can be played in this phase.

3.5 Clean-up phase: Remove all personality discs from their locations. Take any event cards (which have been played for their event) from the map and place in the discard pile. Calculate any adjustment to the arrival of the Main Relief Force from Sicily. Increase the Turkish ammunition level by one. Move turn counter on the turn track up by one.